**EDIT** Nicole Marie has claimed to run Adopt Well in a private chat about the ethics group: 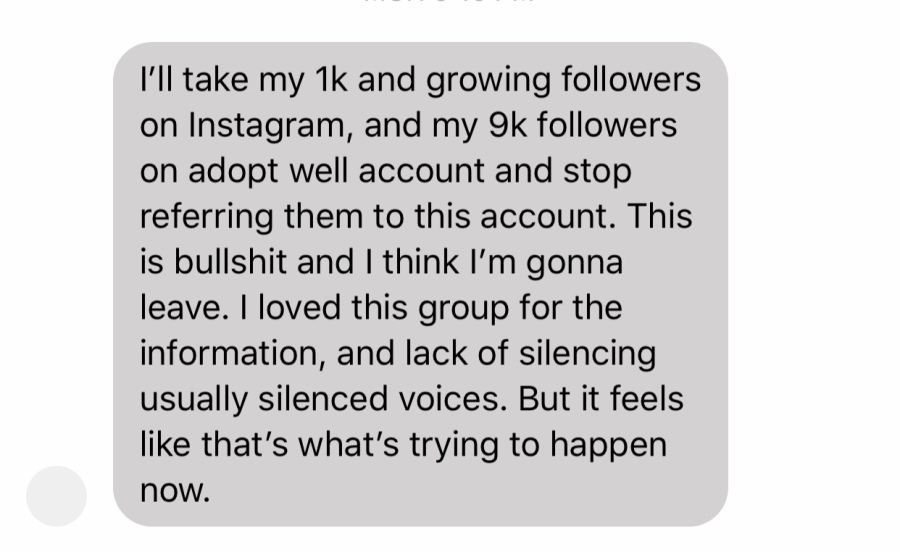 It was brought to my attention that she does not run it but is, rather, affiliated with it. The creator says Nicole is her “sweet friend.” Basically, after Kelly Shade removed herself as admin from the Ethics group she was using to facilitate adoptions, the creator of the group wanted the OG admin team back. Nicole Marie has been a mod for like 2 seconds. Anywho, fb glitched out and wouldn’t allow anyone to be removed – including the Facebook page that Kelly had access to. So in an attempt to fix that and remove the page, all the admins that Kelly added were asked to remove admin status to fix it. I was brought on as an admin and added to the admin chat while everyone was trying to fix this issue. Nicole continually threw out accusations and demands while others were trying to fix the glitch so I told her no one owed her anything, she’d been a mod for like 2 seconds, and to sit down because she hadn’t invested ANYTHING into this group, unlike others who put years of work and education into it.

And this is what she messages me. 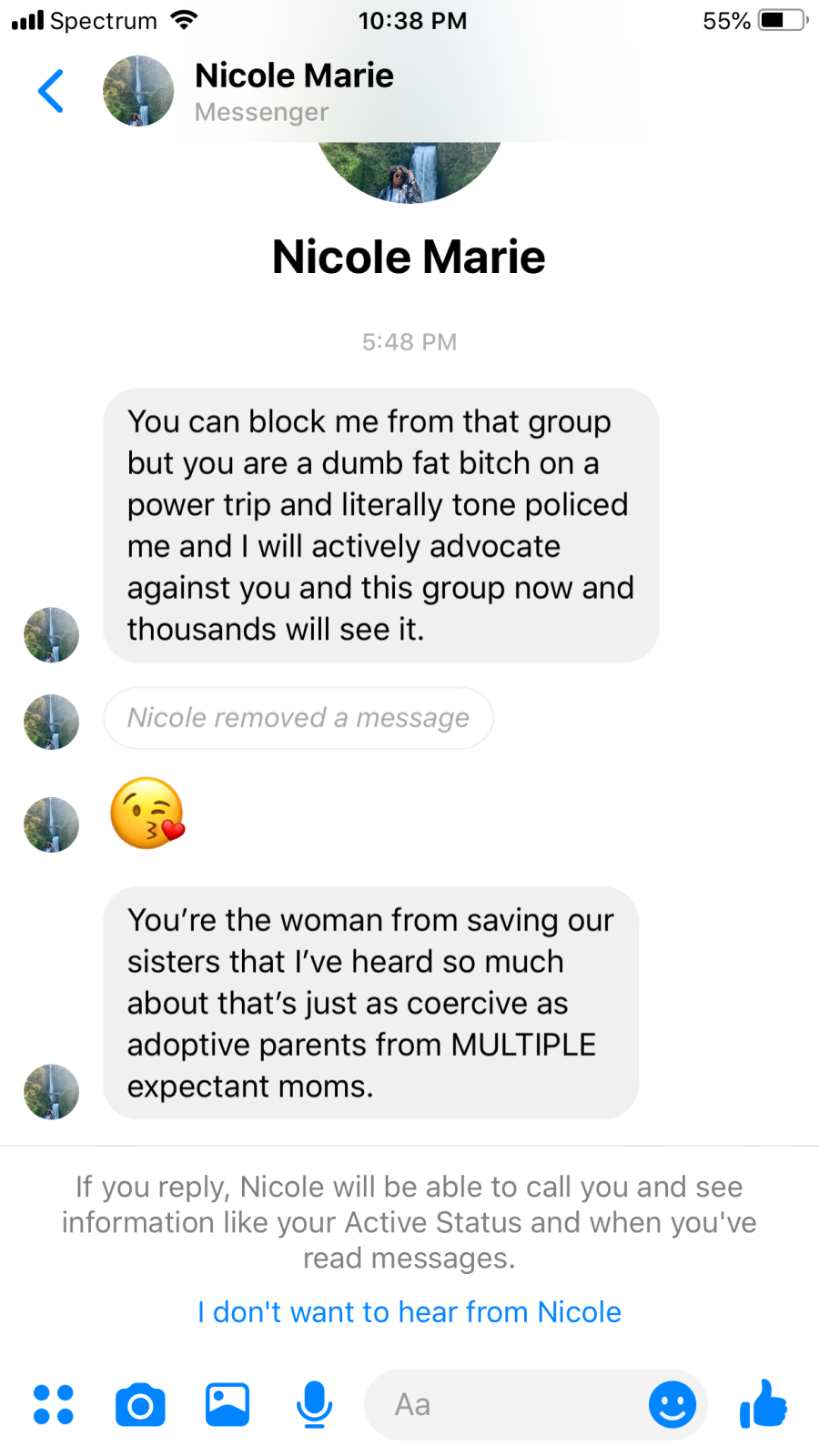