Yesterday and today, without warning, hundreds, maybe thousands, of prospective adoptive parents checked their email and found that the adoption agency they had been working with (see: paying) was no longer in business. Some were near the end of the adoption process and already have children in their homes and are just waiting on finalization, some had just began the process and didn’t have too much invested quite yet, and others were somewhere in between. When they went to their website at http://independentadoptioncenter.org/ they found this:

When you click on the links entitled “News Release” and “To Our Families” you get this: 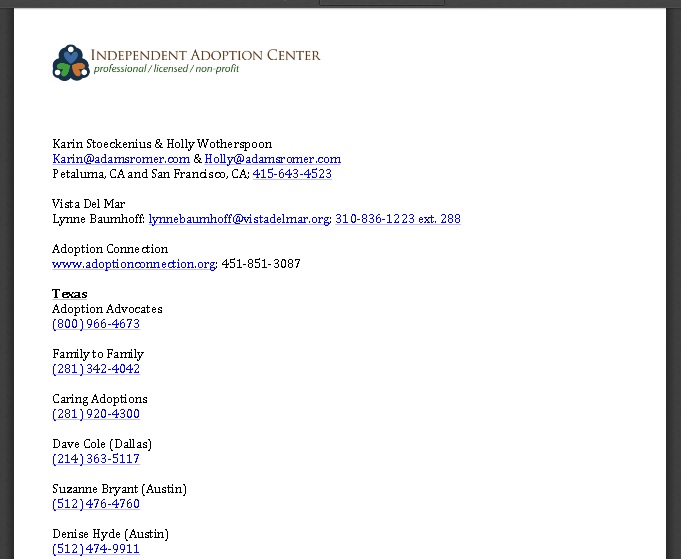 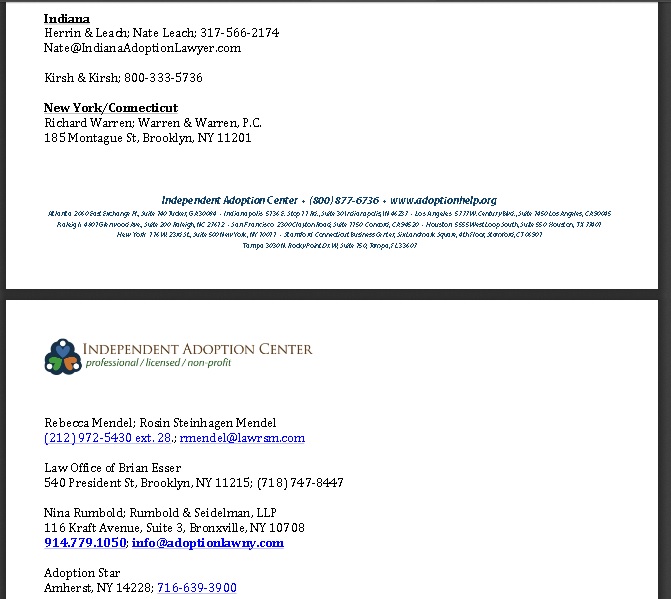 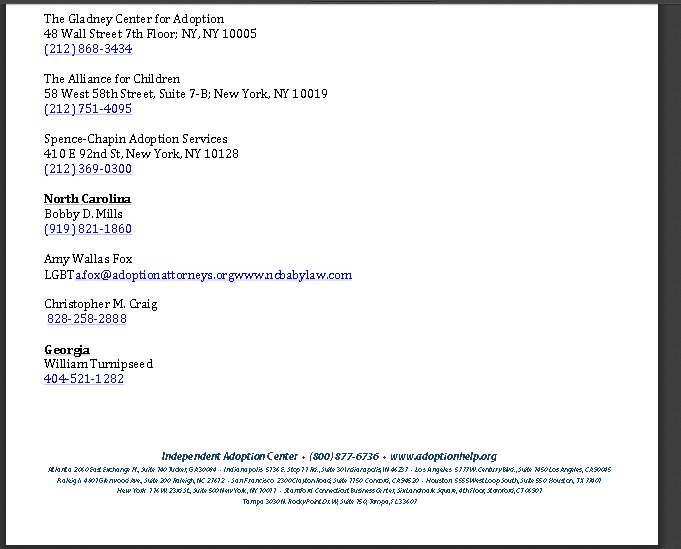 Independent Adoption Center boasted 34 years of agency experience helping to facilitate over 4300 adoptions in those 3 and a half decades. They were fully licensed in California, Georgia, Connecticut, Florida, Indiana, New York, North Carolina, and Texas. They were HUGE.

There’s a few key sentences you should pay attention to.

“The IAC has worked tirelessly to adapt to this changing environment, but the many efforts we implemented were ultimately unsuccessful.”

The “changing environment” referred to is in reference to the lack of “potential birthmothers” that is cited earlier. Just how did IAC work tirelessly to procure more “potential birthmothers” to meet the demand of the clients they took on.  Apparently WAY too many clients as well. As one birthmom friend said, this being the agency she worked with while pregnant and after giving birth, she was coerced and pressured by IAC beyond belief, ultimately relinquishing her child even though she didn’t want to.

“As everything will be under control of the trustee and the court, IAC will not be involved with determining how any remaining funds in the account are utilized.”

So this wasn’t something that just popped up yesterday. This has been in the works for some time if there is already a trustee for their chapter 7 bankruptcy. Then why weren’t families warned? Why was IAC still accepting PAYMENTS at least FIVE days ago? If you know you’re in the process of filing for bankruptcy, why are you drafting people’s bank accounts for payments of services you know you won’t be rendering because you’re shutting down? ALL THE WAY DOWN.

Calling their lines gives you an automated message pretty much telling you the same thing that is shown here. Emails have gone unanswered. As I said earlier, their website is all but gone, their Facebook page has disappeared.  They’ve gone off the grid as much as one CAN go off the grid, filing bankruptcy and leaving people in the lurch.

Hopeful adoptive parents with home studies through IAC are no longer valid. The home studies they paid for are worthless and they have to start again.

Hopeful adoptive parents that have been making payments? Same thing. That money is gone.  Wait for something to come in the mail from the courts to prove your claim against the “estate.” If there’s anything left to claim that is.

Hopeful adoptive parents who already have a child in their home but haven’t finalized? Their states don’t care that their agency went belly up. The law still says a certain number of home visits must be conducted by a licensed agency for a judge to grant finalization.

Adoptive parents and first parents who have already utilized this agency and finalized? The records will probably be sent to the state making it even HARDER for an adoptee to access them.  Making it even harder for a first parent to access them. Furthermore, some adoptions were only open in the capacity that IAC was facilitating all contact as a third-party. Those first parents and adoptive parents have NO WAY TO FIND EACH OTHER TO CONTINUE CONTACT. (So much for that open adoption IAC promised)

Lots of sensitive information and documents are in the hands of IAC and many people are wondering what will be done with that. IAC failed to talk about that in their “News Release.” This isn’t sensitive information like where someone works.  We’re talking FBI background checks and medical records.

Let’s not forget that promised “lifetime support” to first families and adoptive families. Just another way to bring in business, get the goods, and turn a profit. Obviously that “lifetime support” is no longer available to those it was promised to.

Where am I going with all of this?

A couple of days ago I wrote an article about an agency administrator as an admin in an adoption support group.

The adoption industry SCREWS you too.  They don’t care. If they aren’t making money they DON’T CARE ABOUT YOU. They will leave you in the lurches, close their doors, and tell you to see ’em in court. Do you NOT understand how important reform is? Don’t you know WHY adoption costs what it does? This adoption agency went bankrupt. BANKRUPT. And not a word was spoken until the day before they shut their doors totally cutting off all communication with their clients. They were still collecting payments until days before. They were still going through the motions making their clients believe everything was okay. It’s the same thing they do to expectant moms.

Do you think that an agency that acted as unethically with their bankruptcy as they did acted ETHICALLY when dealing with expectant mothers? Not a chance. There is a HUGE uproar in the adoptive parent/hopeful adoptive parent community over this. Yet, most of you look away when people like me say “Hey! This agency is bad! This industry does this! They aren’t ethical!” I’m just an angry bitter birthmom. But when it happens to you – oh the shame!

You’re fooling yourselves if you think that IAC is an exception. Independent Adoption Center is not an exception. They just happened to be one of the larger ones to conduct themselves this way. Smaller agencies are closing all the time leaving similar destruction in their wake.

Furthermore, with the awakening of those of us who were tricked or coerced, the creation of Saving Our Sisters, and the endless hours dedicated to TRUE reform and protections of expectant parents and their children, agencies like IAC will no longer have a place in today’s society.  We’ll make sure of that.

6 thoughts on “Independent Adoption Center Goes Belly Up Without Warning”